Benzema talks about everything and everyone in an interview with L’Equipe. The Real Madrid forward analyzes the present, but also the future.

Will Mbappe ever play for the Whites? Karim responds: “He said it himself. He wants to see something else. Someday he will play for Real Madrid. I don’t know when. But he will come. It’s just a matter of time.”

About Camavinga, who has joined the white team this summer, he said: “I did not know him particularly. He is only eighteen years old. And he can only progress in his position in contact with Casemiro, Kroos or Modric. If I have a 40% chance of scoring and the other has 60%, I’ll play for him.”

Although no stars have arrived, Benzema has no doubt of Real Madrid’s potential. “It’s still the best club in the world. Reconstruction or not, it’s a new football, a new generation, new players … We have to invest in young people so that one day they become great footballers. I’m here to help them. I talk a lot with them. I want to improve them. When you improve others, you improve the team and you get a lot of satisfaction”, he says for L’Equipe.

The Frenchman has been at Real Madrid for twelve seasons, has won four Champions League … does he feel at the height of a club legend like Zidane? “I will never be able to compare myself and talk about level with him. I have too much respect for him and Ronaldo. I can only learn from what they did. With Zizou I understand myself very well. We keep talking a lot. He can only help me. But I will never say that I am the one. equivalent of Zizou in the Real. It is unthinkable!”, he indicates.

The years weigh on and Benzema now has to take care of himself much more: “As soon as I finish a match, for example, I go into cold water for five minutes. The next day, I rest a little and then do jogging, weight training and exercises.”

Karim is one of the candidates to win the Ballon d’Or. “We have to think about it when we are ambitious. But it doesn’t have to be an obsession that forces you to say that you just have to shine individually and score goals for yourself. Yes You have to win it, it’s because of who you are, because of what you show on the field, because of what you do.”

Karim Benzema has discussed the transfer rumours suggesting Erling Haaland could move to Real Madrid, insisting that a special striker gets linked with the club “every year”.

Madrid are reportedly planning a big-money swoop for Haaland within the summer, with the Borussia Dortmund star also attracting attention from variety of other top European clubs after a shocking start to his career at Westfalenstadion. Blancos captain Sergio Ramos welcomed the prospect of Haaland’s arrival at Santiago Bernabeu last week, but Benzema gave a pointy response when asked if he shares his team-mate’s opinion on the young forward.

Benzema said: “How am I going to talk about a player who is not at our club? What Sergio [Ramos] said the other day was Sergio’s thoughts. I have been here for a long time and every year we talk about strikers who could score goals for Real Madrid. Haaland is a young player who scores a lot of goals at his club. That’s all. He has to work hard to help his team.”

“And if one day he has the chance to come to Madrid, and if he does want to, he would join us. That’s it.”

Ramos has expressed his belief that Haaland would be easier to sign than Paris Saint-Germain superstar Kylian Mbappe, but also admits he would take both if it were financially possible.

“Haaland or Mbappe if I were a coach? I would like to have both of them, but a coach does not sign,” said the captain.

“Perhaps, due to the circumstances and the current situation, today I think it would be a little easier to sign Haaland. It would never be bad to reinforce Madrid with a 9 like Haaland, who has something that we do not have: speed, hunger, height … Mbappe has it too, of course, but it would be much easier today to come to terms with Haaland.”

Dortmund snapped Haaland up from Red Bull Salzburg for just €20 million (£17m/$24m) in January 2020, having seen him prove himself within the Champions League group stages for the Austrian club. The 20-year-old has since taken his game to far greater heights, scoring 47 goals in his first 48 games for BVB to assist the team compete for trophies on both domestic and European fronts.

It has been reported that Haaland is now being valued in more than €80m (£69m/$95m), with the likes of Manchester United, Manchester City, PSG, Juventus and Barcelona being credited with an interest in his services alongside Madrid.

Sergio Ramos believes he can play at the highest level for five more years, but admits his contract situation at Real Madrid is not closer to being resolved.

The Madrid captain’s contract is about to expire this summer and a number of other of Europe’s top clubs are linked with signing him on a free transfer. Zinedine Zidane’s side are monitoring Villarreal defender Pau Torres as speculation continues to surround Ramos, but the 34-year-old says he’s only that specialize in the season at hand.

“I wish I could say something, but everything remains the same,” Ramos told to the interviewers.

“All I’m thinking about is coming back and finishing the season in the best possible way. There’s no news of my renewal, I wish I could [say something]. I’m calm and I’m only thinking about playing again and winning a trophy.”

Ramos hasn’t played since Madrid were beaten 2-1 by Athletic Club within the Supercopa de Espana on January 14, having undergone surgery on a knee injury. Despite that setback, he believes he still has many time left in his career – as long because the injuries don’t compile.

“You can’t please everyone, but there’s one thing you can’t erase: everything you’ve won. The only thing that worries me is that they know that I’m a real guy, that I gave my soul for the Madrid badge. I’ve always stood up for myself and I’ve always told the truth. I’m honest, humble and hard working. It is on the basis of performance that the player should be judged. I can play five more years at the highest level. If injuries are not too bad, my mentality will help me.”

The highly-skilled defender, who is a product of Real Madrid’s academy system, spoke about his career up till now and looked ahead to the future

Achraf Hakimi admits he was astonished when being offered the chance to link up with Real Madrid, with a man who conquered the Champions League  – Cristiano Ronaldo. Now, he’s starring alongside the likes of Erling Haaland during a loan spell at Borussia Dortmund.

At just 21 years of age, the Moroccan international is still a hot prospect. His performances in the present are, however, earning him plenty of praise, with a solid grounding within the famed La Fábrica serving him well.

Madrid native Hakimi was recognized by Real in 2006 and spent 10 years working his way through the youth ranks before breaking into the Galacticos’ reserve and first-team ranks.

On his early experiences, the promising full-back told Goal and DAZN: “One day my father picked me up from school and gave me a letter. I was invited to a trial session. At first I couldn’t believe it and asked him if the letter was real. After he confirmed that, I just thought: Oh sh*t, how cool is that?! I will never forget this day, the day it all started for me.”

About his first training session with the senior squad, Hakim said: “That day my dream came true. My coach came to me and said that I would train the first team today. I still remember the way from our locker room to the locker room of the professionals. I was extremely nervous and didn’t know what to think about. At the same time, I really wanted to train with the best players in the world. I will never forget that. To be honest, I was a little overwhelmed at first. I paid attention to the smallest detail so as to not miss anything and soak up everything to learn and improve.”

Hakimi got to play alongside five-time Ballon d’Or winner Cristiano Ronaldo while making 17 competitive appearances, describing the Portuguese as the perfect role model for any young football player.

“He is an incredibly good player. Playing with one of the best players in the world is an incredible experience. I really enjoyed it and always tried to assist goals for him. He talked a lot to me and gave me good tips. I loved listening to him and trying to learn as much from him as possible and to learn certain things.”

In 2018, Los Blancos sent Hakimi on a a two-year loan move to Borussia Dortmund. His game has been taken to another level in Germany, and it suggested that Madrid will, most likely, welcome him back into their ranks this summer.

For now, though, Hakimi is working to make the most of a 2019-20 campaign which could yet deliver a title for BVB. About his future, he said: “I honestly don’t know (at which club I’ll play next season). I currently see myself clearly at Borussia Dortmund. I am very happy here and I still have a four or five-month contract.” 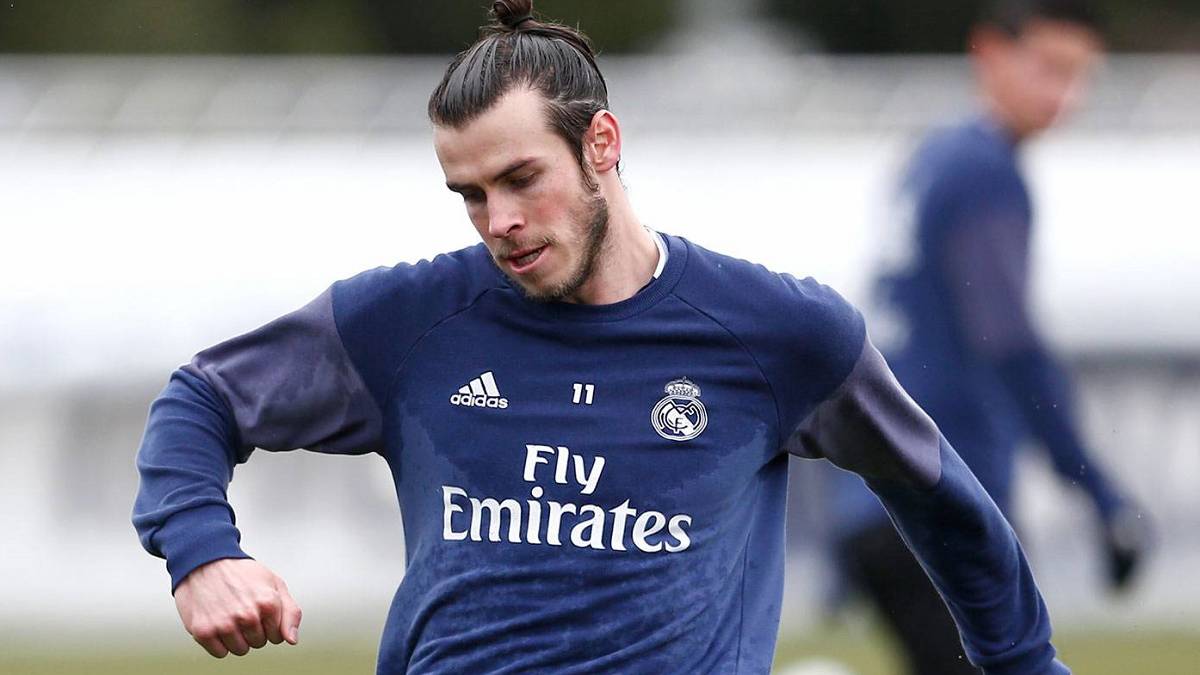